These are the 5 stages that most individuals go thru in the process of dealing with BITC0IN – the first cryptocurrency that they are likely to discover. Bitcoin came into existence in January 2009. It is nine years old and I was not introduced to it until it was seven years old. In two years I have come to realize and accept the uniqueness of this amazing technology.

When first introduced to BITCOIN most individuals would laugh out loud and call it invisible monopoly money. How could something that you couldn’t touch or feel be real money. It has none of the characteristics of money (tangible, note issued by governments and not backed by precious metals).

It was part of a virtual digital world which I at age 73 had difficulty relating to. I easily denied the existence of bitcoin and saw it as another fad like pet rocks which the younger generations would engage with and then quickly forget it in a year or two.

In 2016 I saw enough bloggers writing about Bitcoin on the Internet, that I realized some individuals believed it was real. I paid some attention, but couldn’t make sense of it. It was ethereal and seemed like another Multi Level Marketing or Ponzi scheme that would just eat up my money, if I ever got involved.

Some individuals appeared to be making money and treating it as an actual asset, but I was skeptical that it would ever compete with my property, gold, stock, mutual funds and cold, hard cash.

In early 2017 I heard about individuals making money with Bitcoin and saw the word so often I became more curious. I had gone to university to get an M. Ed. In education and had been a teacher/school administrator for many years. In that time I changed philosophically from a Teacher to a Facilitator; and saw the Students and myself as Learners. 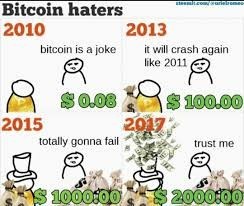 At this stage I started taking home every book from the library that I could find on Cryptocurrencies and reading numerous articles on the Internet.

It was in the fall of 2017 that I began to think about actually investing in Bitcoin, but I was now 74 and believed that such an investment was for the Millennial who could afford to lose everything and still start over. BUT I couldn’t bring myself to squander any of my retirements funds on something I knew so little about.

At this time I came across a free, accredited course called “Introduction to Digital Currencies” from the University of Nicosia, Cyprus which led to a further 8 courses and an M. Sc. In Digital Currencies. I investigated the course and university, and found the university to be English-speaking and as credible as any North American University. The course had started in 2014 in response to the banking crises in Greece and Cyprus as an alternative to banking and fiat currency. The course was on line and I enrolled on Oct. 26, 2017.

My most influential professor was Andreas Antonopoulos and if you have your doubts please take the time to listen to his presentation on YouTube to Canadian Senators. It was an AH! HA! MOMENT for me! A light bulb went of in my mind and I suddenly realized why so many individuals were joining the movement.

It was like being a little boy again and I was learning to ride my bicycle. I fell off many times, but always got back on and thrilled at the freedom and adventure it brought me. I couldn’t sleep and started two more related course from the Linux Foundation and Princeton. By mid November I was swamped as I had now discovered the BLOCKCHAIN, an even more promising technology, on which the BITCOIN is based. The BLOCKCHAIN can bring trust back to the global community and has the ability to revolutionize all major industries (Education, Health, Business etc).

Once you understand the blockchain technology and see how it can change the way we do business and live, acceptance comes. It is faster, cheaper, can cut out the middlemen and gives everyone more control over their life. Mainly it recreates trust between individuals, businesses, institutions and countries throughout the world.

Now it is Jan 2018, and I can no longer ignore Bitcoin and the Blockchain. I wake up thinking about how the technology can improve the life of every single person on this planet.

Presently I am a passionate promoter of helping baby boomers and seniors learn all about the blockchain and cryptocurrencies so they too can partake in the benefits of this new technology. The future is very bright indeed, if power can be taken from the few. Lately I was astounded to hear that the 8 richest men on this earth own the same wealth as the 3,600,000,000 poorest. 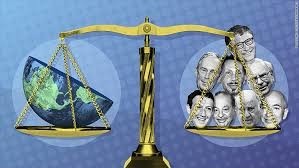